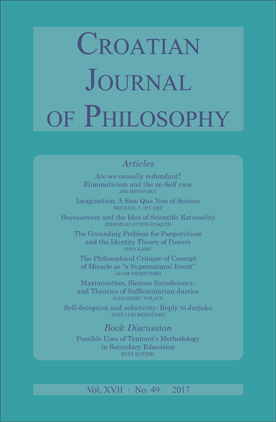 Summary/Abstract: Bayesianism has been dubbed as the most adequate and successful theory of scientific rationality. Its success mainly lies in its ability to combine two mutually exclusive elements involved in the process of theory selection in science, viz.: the subjective and objective elements. My aim in this paper is to explain and evaluate Bayesianism’s account of scientific rationality by contrasting it with two other accounts.