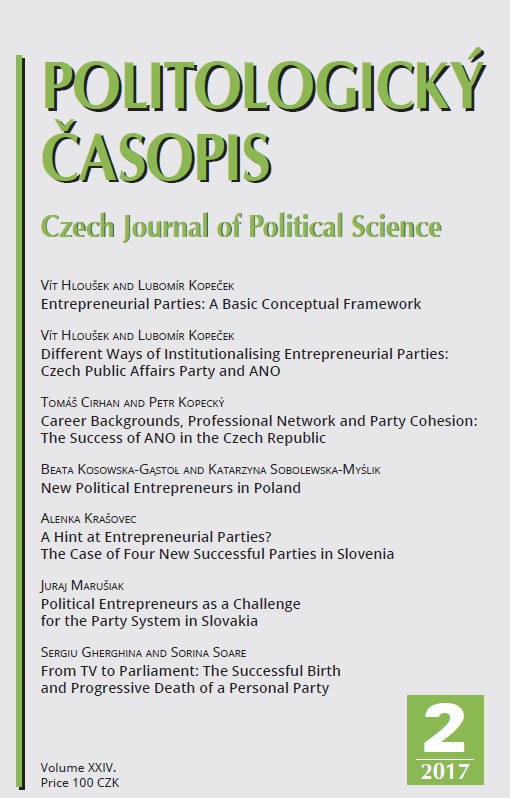 Summary/Abstract: Parties launched by political entrepreneurs are usually newcomers into more or less established party systems. Their ‘founding fathers’ act without specific external group support and the literature on new parties predicts that there is a low survival rate for entrepreneurial parties. In the case of Poland, the party system had been relatively stable from the 2001 until the 2011 parliamentary elections and subsequently some new parties entered into politics, tried to gain electoral support as well as political relevance. The most recent groupings in the Polish political system which are closest to the theoretical concept of entrepreneurial parties are the Palikot’s Movement (Ruch Palikota), Kukiz’15 and the Modern Party (Nowoczesna). The aim of the paper is to examine to what extent the leaders of these parties can be seen as political entrepreneurs and the parties as ‘entrepreneurial parties’. Another point we discuss is in which aspects the leaders of the parties examined are similar in their role of political entrepreneurs and in which they differ. In order to answer these questions, the previous careers of the leaders, the ways they entered politics and the strategies they used to achieve their goals will also be analyzed.