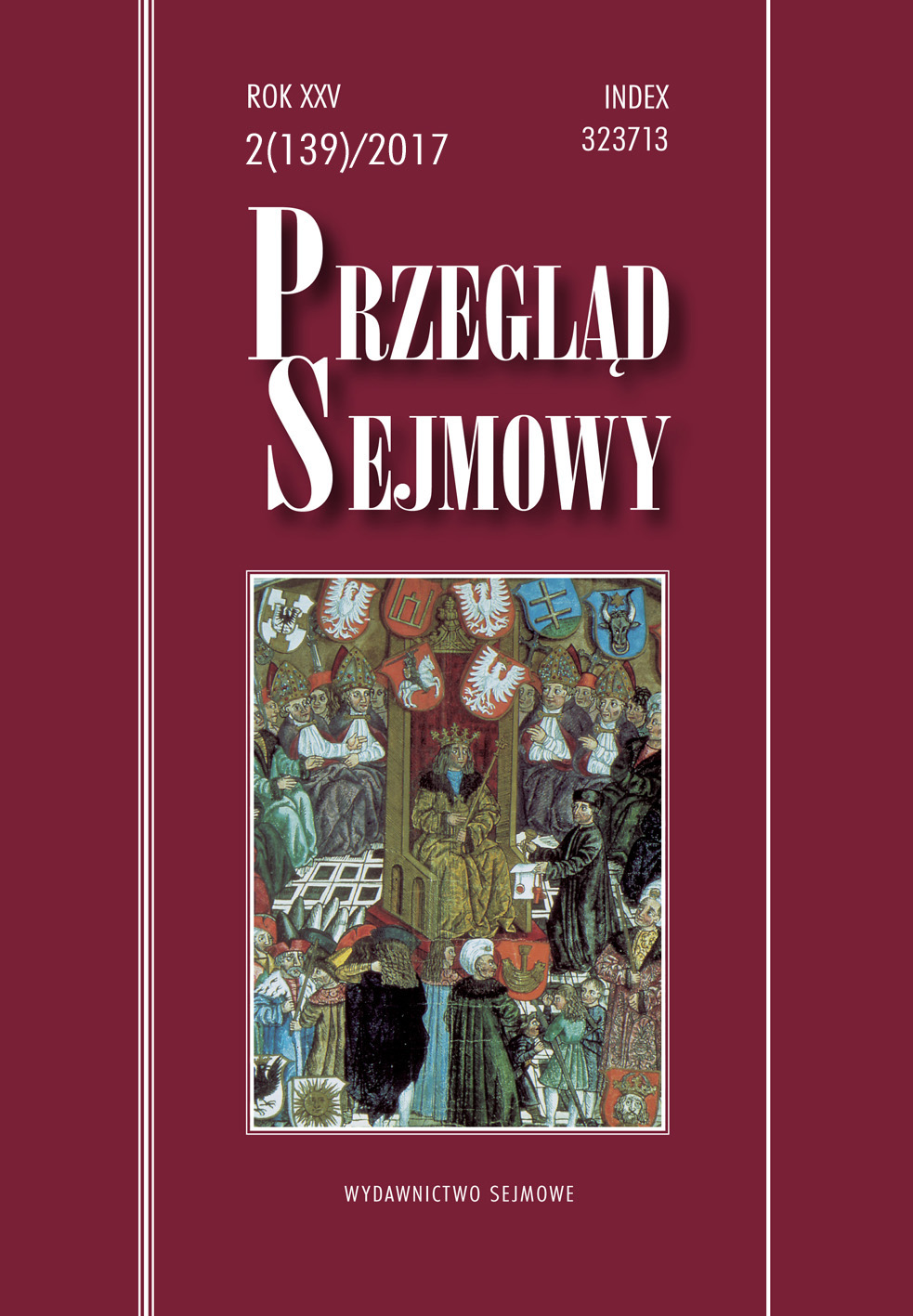 Anatomia „spisku”. Analiza prawna procesu wyboru sędziów Trybunału Konstytucyjnego jesienią 2015 roku
Anatomy of the Plot: Legal Analysis of the Election of Judges of the Constitutional Tribunal in the Autumn 2015

Summary/Abstract: The debate on changes in the composition of the Constitutional Tribunal (CT) and on their assessmenthas been conducted in the context of the activities of the 8th Sejm. It does not take into accountthe wider political implications. The opinions on the problem are based on unwarranted interpretationof certain acts of authority done by the Sejm and the judgments of the CT. Contraryto the CT judgment of 3 December 2015, attempts are being made to make public opinion and theworld of politics believe that the Tribunal upheld the legality of the judicial election in October2015. During the proceedings in which it passed the judgment case no. K 34/15, it could only ruleon the constitutionality of a general and abstract legal norm. By adopting the Act of 25 June 2015with Article 137 in the fi nal months of its term, the 7th Sejm sought legal grounds allowing thePO–PSL coalition to fi ll all places at the Tribunal that were vacated in 2015. Under the derogatedlegal provisions, the PO–PSL coalition could fi ll no position vacated at the CT in 2015 sooner thanmid-October.