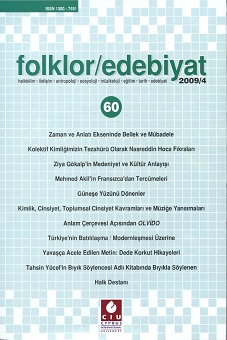 Summary/Abstract: Orphaned at the early age, to Abdullah Tukay spent his childhood with one family after another. In his writing, regardless of the subject matter, Tukay always aimed to serve the Tartar nation and their improvement. The letter, written by Sagit Ramiev in 1918, five years after Tukay's death, tells about the horrible changes that happened in Russia and the Soviet rule. Ramirev's words become a friend's cry of disappointment after having high hopes for the future. Sagit Ramiev displays poet's divine intuition in foreseeing the end of the events happening in the city even though they have begun not more then a year ago.