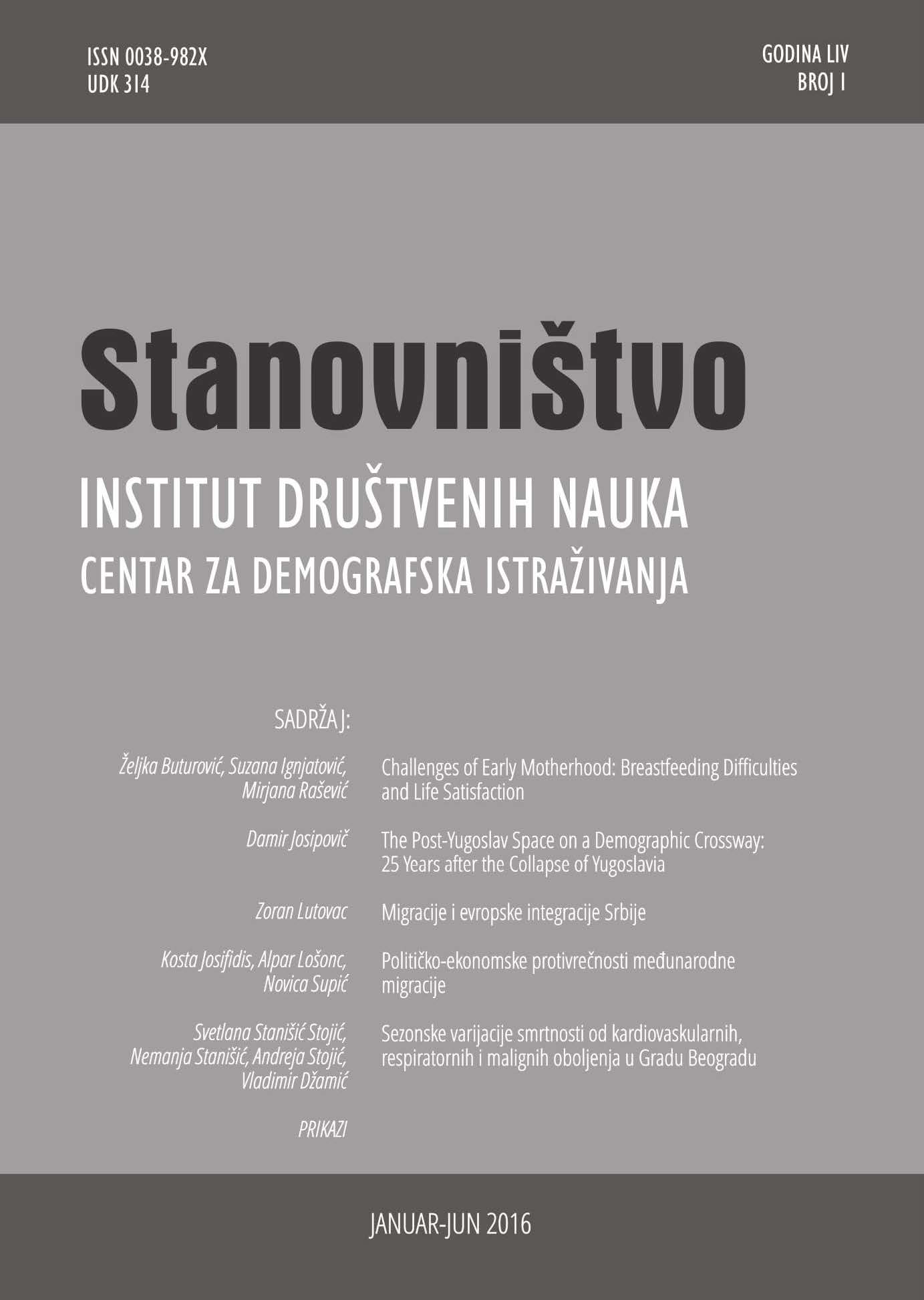 Summary/Abstract: The aim of the article is to integrally assess the demographic changes after 1990. It is presumed that considerable variations exist in terms of intensity of demographic processes. The following analyses encompassed the relevant national or regional statistics, employing methodological adjustment in order to enable data comparison. Herewith, the changing definitions of population presented a special analytical problem. The so-called principle of “permanent” residence was largely replaced with the principle of “usual” residence. By way of the usual residence it was possible to single out the present population and thus to approach the analysis. The main goal was to assess the direct and indirect demographic loss within the post-Yugoslav space. The combined analysis showed that the whole post Yugoslav area suffered a loss of about 5 million inhabitants (including the permanent emigration of the former guest-workers). Except from Slovenia, and stagnating Montenegro and Macedonia, all other countries from the Yugoslav space have lost more or less of their population. Losing a quarter of its pre-war population, Bosnia-Herzegovina suffered the most (1.093 million), but the high loss was determined also for the neighboring Serbia and Croatia. Serbia within its pre-war territory lost almost a million or one tenth of its population, while Croatia lost more than half a million or one ninth of its population. The three core Yugoslav areas lost more than 2.5 million. The analyses confirmed the striking regional differences as well. The highest relative depopulation was recorded in Republika Srpska of Bosnia-Herzegovina.