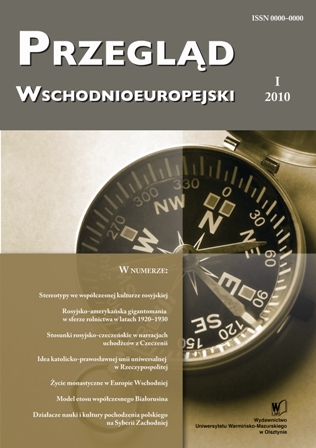 Summary/Abstract: The aim of this article is to present aspects of Russian historical policy considering Russian-Latvian disputes over the interpretations of the events of the Second World War, whose symbols are the monuments commemorating Soviet soldiers. The Monument of the Liberators of Riga, standing in the town centre, is the most controversial one. However, other memorials are also problematic. Some politicians and Latvian inhabitants consider them symbols of Soviet occupation, which in extreme cases leads to the desecration of cemeteries or destruction of monuments. The harsh reactions of Russia evoke attempts to commemorate "participants in the war of independence" - in fact soldiers of the Latvian SS Legion.