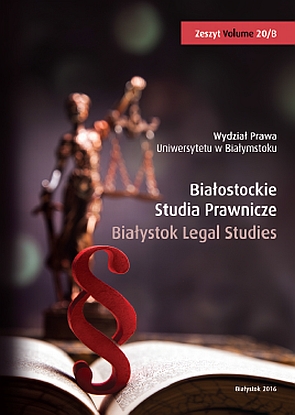 Summary/Abstract: The paper discusses the role of parliament in the legislative process, as empirically determined in a research project in the years 2011-14. The results show that in fact the legislative process is fully controlled by the government. The results are similar for both chambers and their committees. The results demonstrate: (1) high legislative effectiveness of bills initiated by the government, (2) high intra-party voting cohesion (Rice index), especially for the main ruling party, (3) requiring government approval for any amendment, (4) “by-passing” procedural requirements for the bills initiated by the government and presenting them instead as bills initiated by MPs, (5) merging the role of MP and the role of a member of the governing party, (6) ritual character of parliamentary debate. This evidence challenges the constitutional rule of separation of powers and proves that despite formal regulations and theoretical proposals, the government actually executes quite strong informal control over legislation via party mechanisms.