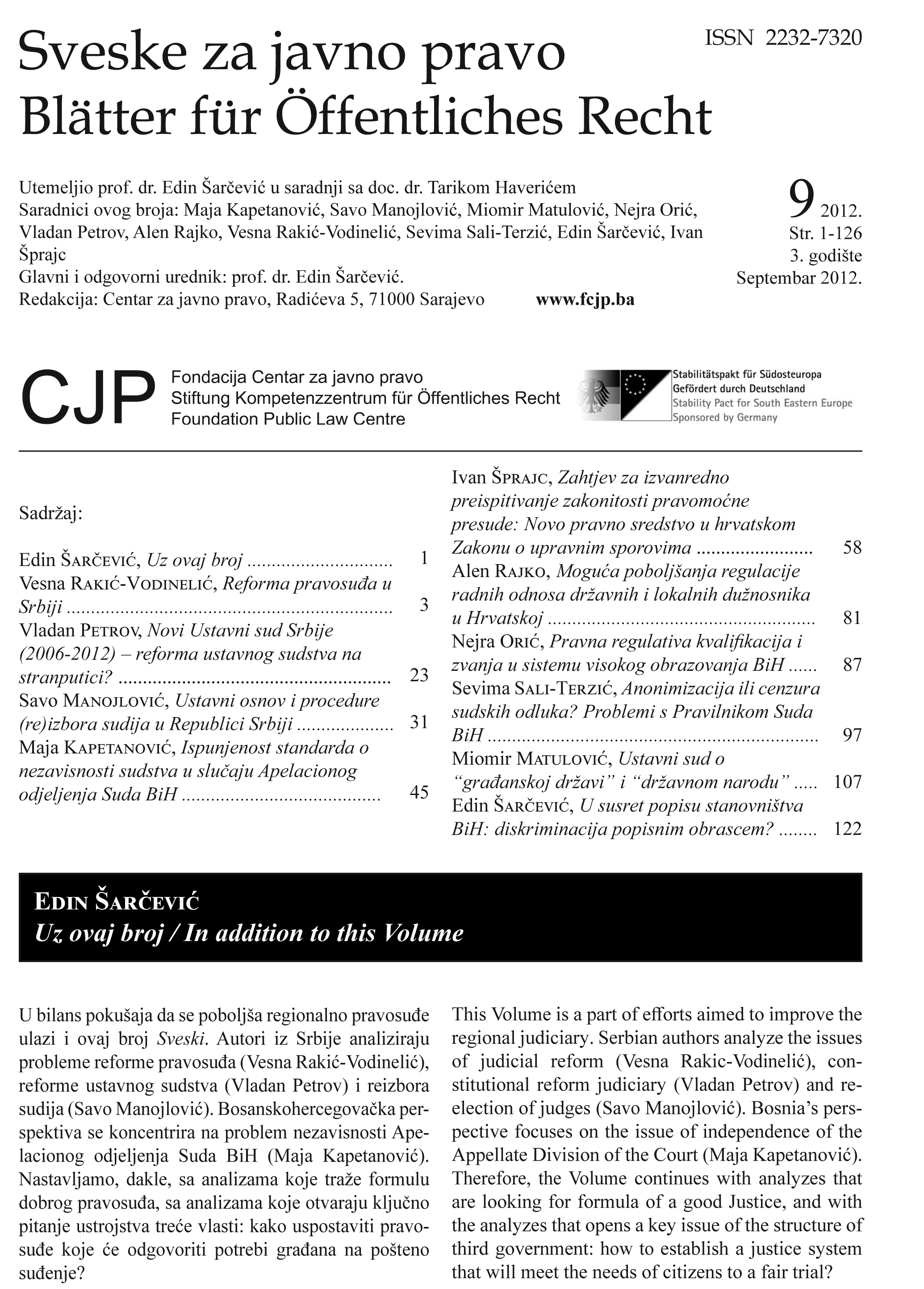 Summary/Abstract: The article represents an overview but also an analysis of judicial reform in Serbia from 2009 to 2012. The main hypothesis advanced in the article is that reform was not in compliance with the Serbian Constitution of 2006 which mainly concerns the general election and re-election of judges and public prosecutors. Adoption of organisational statues which altered the court network, namely the number and designation of general and specialised jurisdiction courts preceded the general election and re-election. These changes are inadequate due to the fact that they were neither based on previous assessment nor on the use of standard parameters. The number of judges and public prosecutors is also determined arbitrarily. The Constitutional Act for implementing the Constitution served as a basis for the general election and re-election of judges and public prosecutors. The author advances the argument that this Constitutional Act was not in compliance with constitutional provisions governing main judicial principles.The author contends the work of bodies in charge of election and election proposal, namely the High Judicial Council and the State Prosecutors’ Council was unconstitutional and not in compliance with certain statutes governing the organisation of courts. The work of these bodies was not public. They did not act in compliance with Article 6 of the European Convention for the Protection of Human Rights and Fundamental Freedoms, although those bodies did have the same status as an independent tribunal in the context of this provision. Both elected judges and those who were not elected were not served decisions with individual explanation. Rules concerning worthiness, competence and professional qualification were not applied.Since the European Commission in its 2010 Progress Report for Serbia evaluated the judicial reform as unsuccessful, the Serbian Government resorted to statute amendments, the implementation of which worsens the already poor results of the judicial reforms.