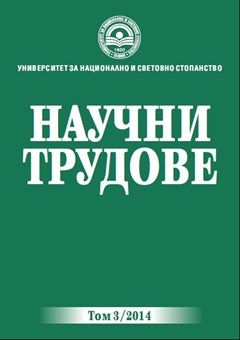 Summary/Abstract: The character of a nation is a system of sustainable and lasting repetitive stereotypes that create a bright /even unique/ but conscious, public outspokenness, the distinctive features, which the representatives of a nation posses, manifested in specific social activities. This study examined the achievements in character development of the Bulgarian nation in recent decades. The author argues, that in the presence of a strong state, developed economy and a functional system for the production of cultural products, the Bulgarian national character observes a peak phase (from the 60s to the 80s of the twentieth century) in the development of its democratic potential. Politically and ideologically unprepared (and chaotically executed) the transition to democracy after November 10, 1989 in Bulgaria, creates a situation, where the Bulgarian national character experiences a civilization breakdown. Rapid deterioration of the socio-economic situation in the country led to unprecedented impoverishment of the broad masses and created significant changes in the thoughts, feelings, emotions, motivations and forms of adequate human behavior in both the private and the public life of the population. Thus the previously existing condition of comfort has been largely lost and the individual is faced with unfamiliar alternatives for planning of their personal and family future.