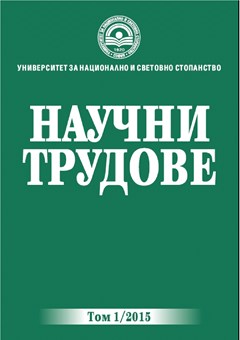 Summary/Abstract: The study examines the ambivalent role of media as instruments of power and power control levers. Accordingly, the study evolves around questioning the power of media, on the one hand; and the power over media, on the other. The object of the study is the post-1989 period of political transition of Bulgarian media. The subject matter of the study on the deficits of European appearance of Bulgarian „fourth power“, according to established media index, in terms of the evolving media industry, civil society and political and economic power exercised over them. The aim of the study is to indicate where the lost Bulgarian media in transition and suggest ways out of the media maze:is the capacity of the „fourth estate“ to realise political media projects, as well as the political and economic power applied over media. The study aims to demonstrate that media’s social role is increasing; to reveal media’s power; and to show how political and business organisations control media in order to realise functions of political power. These points of intersection are examined theoretically and in the context of the transition years of Bulgarian media. The study outlines various dependencies and drawbacks, examines Bulgaria’s progress towards European media standards, and discusses the possible future of Bulgarian media space. In this regard, the study’s main objective is to shed further light on the specific nature of media and to differentiate the concrete parameters of their being an instrument of political power.