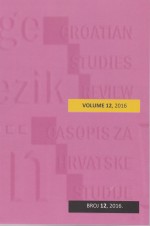 Summary/Abstract: In this paper the authors provide a general introduction to Federik Grisogono’s understanding of the role of astrology in medicine. The aim is to cover two topics: on one hand we wish to introduce this Croatian Renaissance philosopher / physician, who is not widely known. On the other hand, we introduce some of his ideas on the applicability of astrology in medicine. Grisogono was one of the most prominent Renaissance defenders of iatromathematics (‘medical astrology’), who made a significant influence in the field, mostly due to his systematic and fervent defence of astrology. We also contextualize the role of astrology in the Renaissance period: contrary to today’s position on astrology as a pseudo-science, in Grisogono’s times using astrology to explain the causes and cures of human illnesses presented an attempt to explain the position of humans in the universe on a rational basis, different from the previous, more theological explanations.