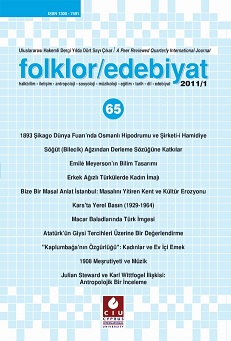 Summary/Abstract: The topic of Ottoman hippodrome which was a part of Ottoman exposition in the 1893 Chicago World’s Fair is tried to be researched in this article. The Company which organised the Ottoman hippodrome was established by Maronite entrepreneurs from Syria and was supported officially by Sultan Abdulhamid II and Ottoman government. Although the shows, performed by Arabian horses in the Ottoman hippodrome attracted a great attention, the company went bankrupt because of organisation faults and financial problems.