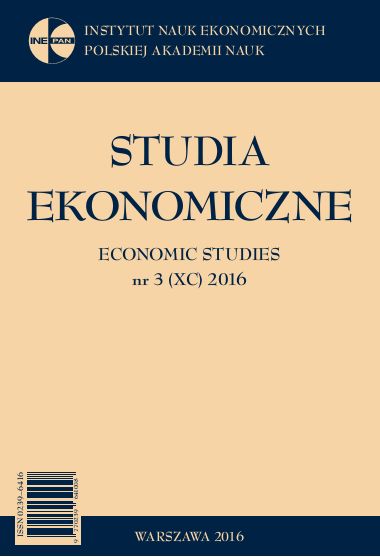 Summary/Abstract: The paper has two objectives. One is to note and discuss the new ideas in the theory of long term economic growth which bring to the centre stage the role of institutions, including political institutions, and of economic policy, the authors of which are Acemoglu and Robinson with respect to global growth over the last few centuries and Balcerowicz with respect mainly to some emerging economies in the post-1945 period. The empirical evidence and arguments in favor of these ideas , provided by their authors, are judged in the paper to be persuasive. The other objective is to discuss the consequences of what is largely missing in the interpretations by these authors: the absence of the differentiation between the countries of the Technology Frontier Area and the countries outside such Area. The author argues that the differences between these groups of countries have been and still are so large and persistent that two significantly different theories of economic growth are needed. It is also noted that Acemoglu and Robinson do not attempt to explain why during the last two centuries the rate of growth of the global GDP per capita has been, as documented by Angus Maddison (2007), some 17–20 times higher than in earlier centuries of the last millennium. The paper makes brief references to such an explanation developed elsewhere by the author