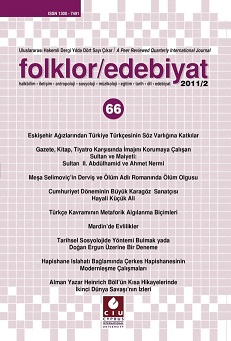 Summary/Abstract: German author Heinrich Böll narrates the Second World War in his short stories and expresses the problems which people have to face after the war. As he experienced the war, Böll deeply understands how lives changed after the war. Böll, writes about people in desperate situation. The war changed lives of people from each social class negatively. However, Böll underlines the fact that it were children and elderly who were affected severely by the war. The aim of this paper is to display how the traces of war are reflected in Heinrich Böll’s “Die Botschaft” and “Mein teures Bein”.