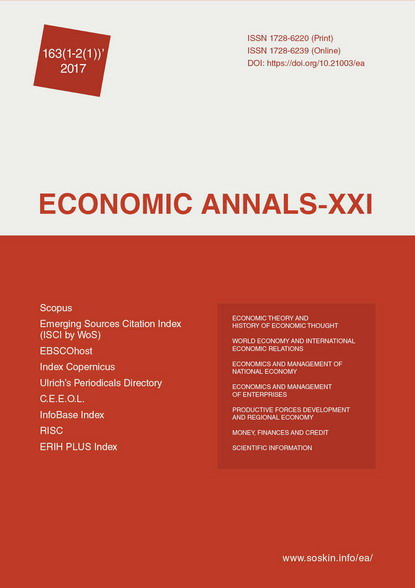 Summary/Abstract: In the article, the authors consider the issue of causality from the standpoint of precision in economics. They argue that causality in economics is not just applicable, but necessary. The authors approach the notion of causality as philosophical phenomenon. Causality is studied in terms of precision and mathematical modeling issues in economics. The purpose of the research is to claim that causality has numerous applications in economics. The second task is to show the analogy between the use of the concept of causality in physics and economics. We are trying to prove that the denial of causality is misguided. We analyze the basic counterarguments of the theorists seeking to file a case against very existence of causality in economics and refute them. We represent the point of gravity and the position of the concept of cause in dynamic economic models. In addition to methodological and theoretical arguments supporting causality, the authors also give the examples where scientific explanation of the problem without causal relationship would simply be not possible. It has been concluded that a number of counterarguments, those epistemological ones prepared by Hume, as well as incorrect identification of indicators, simultaneous determination of values, hidden causes or resignation for the technical possibility of determining the exact cause of the phenomena disclosed statistically, should not induce an attack on the invariant nature of economic science.