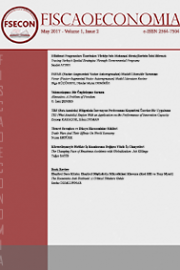 Summary/Abstract: The crisis first emerged in the housing industry between 2007 and 2008 in the United States, has turned into a global crisis by effecting whole financial markets. This crisis caused serious damage to all real markets due to globalization policies implemented worldwide after 1980 and globalization policies started to be questioned. As a result of reduced confidence in globalization policies, developed and developing countries have started a process of returning to protectionism as a solution to the crisis. Meanwhile the currency wars that started in this process and it’s transformation into trade wars causes new forces to emerge in the world economy, such protectionism policies are not actually an issue, but rather caused new crises. In this study it was argued that effects of protectionism policies implemented after the global crisis and trade wars caused by playing with currencies on world economy.