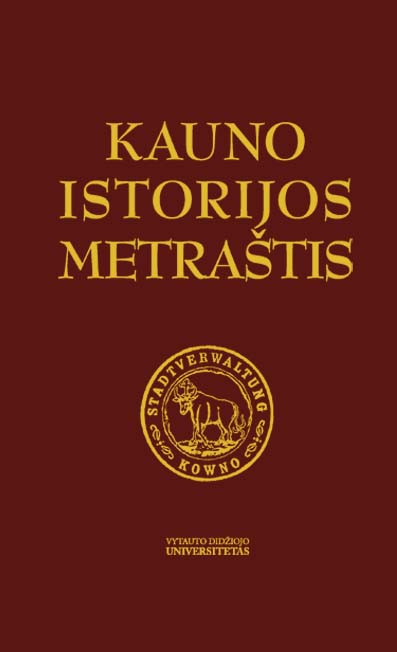 Summary/Abstract: The article analyses the life of Arcady Buchov (1889–1937) in Kaunas. This man was a satirist and the editor of the political newspaper “Echo”. A. Buchov reveals the diversity of Imperial/Soviet Russian politics and rival activities. Moreover, not only he helps to understand changing roles of Russian, Lithuanian, and Western Europe states but also presents general structure of culture, socialization and politics in the first decade of the 20th century. The aim of this article is to analyse the life and works of A. Buchov, his work experience in the period of the first Republic of Lithuania, and take a look into the environment he matured and the ideas he expressed. In addition, to reveal close contacts with Lithuanian politics, press, and family of L. Gira. Editorial office of “Echo” named “Spy nest” and problematic political reactions of A. Buchov are analysed as well.