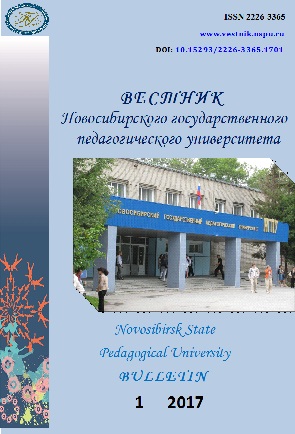 Summary/Abstract: Introduction. This article focuses on the system analysis and comparative analysis of different classifications of personality disorders on the basis of the phenomenological approach, as well as search for new methodological foundations for the study and description of the prob-lem of personality disorders. Сlassifications of K. Schneider, P. B. Gannushkin, A. E. Lichko, K. Leongard, N. Mac-Williams, F. Riman are considered; correlation of types which description allows to consider them similar is proved. Relying on large-scale data analysis of different systems of personality disorders` typologies, the article points to the systemic deficiencies of the classical phenomenological-descriptive approach, to some extent used in the creation of the most of the existing classifications. It doesn`t take into account the fact that human behavior is adapted relative to the strata of society and professional deformation, as well as the growth of systems of classifications connected with their empirical character. The criticism of classical clinical approaches for lack of deep levels of the phenomenological reduction obligatory in the corresponding methodology is given. Materials and Methods. The phenomenological reduction allows not to address real behavior, but mention only subjective – truly human in the person that opens new opportunities both to study, and therapy of personal features is normal and in pathology. Results. The author also proposes her own, entirely new criteria for the consideration of personality disorders in the psychological and medical discourses, based not on the external manifestations of the disorder in the behavior of the individuals, but rather on the leading paradigms in their relation to the world and the self. Such approach proceeds from the concept of identity – it is much more concrete category, besides much more flexible and less burdened by various low-compatible interpretations. In confirmation of this thesis the analysis of different interpretations of identity is carried out, their correlation is shown. Conclusions. The phenomenological model constructed on truly ontologic base is described. In functional system of coordinates of the vital world, in which the personality both normal, and abnormal can be described, two axes of interaction with the vital world are allocated, each of which has two directions of development – relationship with category World (hysteroid – compulsive), relationship with category We (melancholic – schizoid).