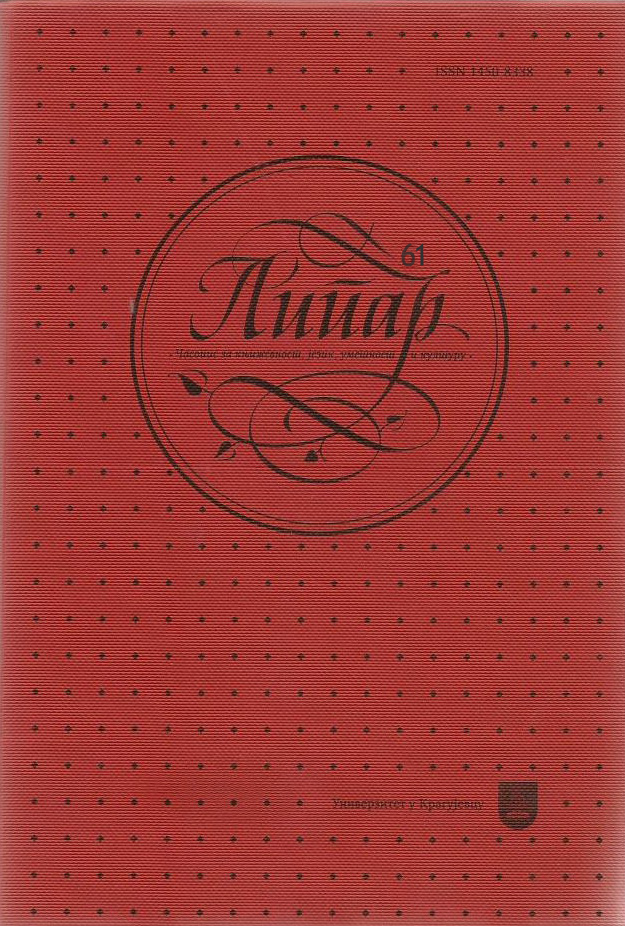 Summary/Abstract: In this paper, we have tried to clarify certain philosophical aspects of Nogo’s poetics. This poet, essayist and anthologist seeks to legitimize the existence of poetry, in Heidegger’s sense of the word, through metaphysical rebellion against the fraught precipitate of historical experience and modern consciousness. That is, for Nogo, modus vivendi, based on the preservation of permanent spiritual values, from which, according to the philosopher Albert Camus, each artistic rebellion begins. Since the poet’s consciousness is already part of the modernity, here, analogous to Friedman’s stance on the “problematic rebel”, we point to several intellectualspiritual paradoxes, from which Nogo’s resistance is derived, in order to gain sense and artistic freedom. The poet is subversive, because his (mainly aesthetic) rebellion is delegitimized by the spirit of modernity, but he is also problematic – not because he has no ontological background for his rebellion, but precisely because he declares one through the act of rebellion. That is not a statement of a worried, blindfolded, disintegrated, determined or absurd man. The rebellion belongs to the man who has the memory of sense and owns an inner profound principle.