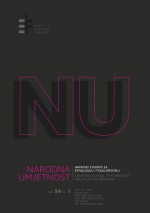 Summary/Abstract: The aim of this paper is to combine an analysis of performative and Internet genres where traditional humor genres (jokes, irony, satire) at the expense of the Croatia’s first woman president, Kolinda Grabar-Kitarović, are semiotically transformed in novel ways. Although several women in Croatia held high political offices since 1991, Kolinda Grabar-Kitarović’s campaign and later victory caused an avalanche of derisive weblore that calls for an interdisciplinary approach. A special challenge for folklorists is to grasp the transgressive nature of humor and satire, i.e., the transgression of cultural, moral and political norms in different discourses – from humorous political activism to satirical “provocation”. The author analyzes the terms “non-offensive” and “offensive” humor (from practical to rough jokes and “stupid clips”), the public and counterpublics, popular and vernacular culture in the digital age, as well as folklore attributes that characterize humorous genres: esthetic nature, transgressive quality and the element of play. The folklorist approach is complemented by a feminist analysis of the sociocultural, political and gender characteristics of selected humorous genres (particularly stand-up performance), based in the undermining of the binary gender categories. The abundance of weblore which targets the public persona and the physical appearance of Croatia’s woman president can thus be interpreted as signaling: a) the end of authoritarian regimes and politicians; b) a rise in the digital counterpublics which ideologically undermines the matrifocal nationalist and conservative worldview and c) a neoliberal contradiction whereby the feminization of a (devalued) political sphere goes hand in hand with a strengthening of conservative, racist and homophobic forces in society.