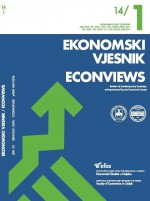 Summary/Abstract: Carsharing is becoming very popular in the western world as an effective method to contain rising prices of fuel and vehicles. It was brought about as a possible solution to the changing condition of growing economies and population where there is an increased need for travel but there is also a need for expense economizing. Due to its role in reducing fuel consumption, controlling pollution and traffic congestion, there is an increased usage of carsharing services as an alternative transportation option in big cities. Today, worldwide several different carsharing methods are being used.This paper examines the current situation of carsharing in the world and two initiatives for starting carsharing programs in Croatia. The main goal of this paper is to define what carsharing is, how successful it is in the world and if there is potential for it in Croatia. The most developed carsharing regions in the world are Western Europe and North America. In the last several years Asia, Australia and South America have started carsharing projects and have the biggest growth in members and vehicles. Carsharing is still not recognized in Croatia. There were a few initiatives for starting the program but they failed. In order to determine the possibility and potential of carsharing in Croatia it is necessary to conduct further market research.