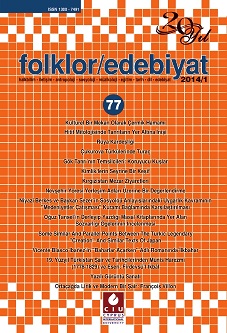 Summary/Abstract: Knowledge about the 19th century Central Asia Turkish language is quite insufficient. Moreover, an entire list of the artists of this period are not available as related information and documents for this period existed for many years under the domination of the Soviet Russia, a case which made it impossible to reach these documents for many years. However, knowledge about this period has increased thanks to new researches and publications. Certainly Munis Khwarazmi is one of the most important Turkestan artists in 19th century. In this paper, Mûnis Khwarazmi who earned reputation for not only being historian but also poet has been researched together with his important work Firdaws al-iqbal in which he wrote the official history of Khanate of Khiva. Initially, a short information is given about the khanates period of Turkestan (Khiva, Bukhara, Kokand Khanates) and then the life of Mûnis and his works are discussed. Following this, the most important work of Mûnis, Firdaws al-iqbal, has been examined. Phonetic and morphological properties of the work, written by Munis himself, have been examined in respect to its differing properties from Classical Chagatai Turkish until the fifth part of the work. Language style of Mûnis has been studied to be determined with the sample texts taken from the Firdaws al-iqbal.