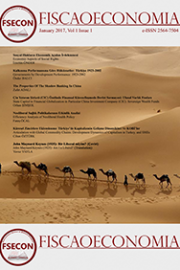 Summary/Abstract: The problems that the wave of neoliberal globalization began to face at the end of 1990s brought the debate about the role of the state in the economy back to the agenda, and in the 2000s, state centered development strategies have risen from the emerging world. In these countries, the state began to increase its weight in the national and global economy through various mechanisms. Sovereign Wealth Funds, which came at the forefront of these mechanisms, increased their function as state-owned investment instruments, which the states have used both economically and politically. In this context, one of the best examples is the China Investment Corporation (CIC).