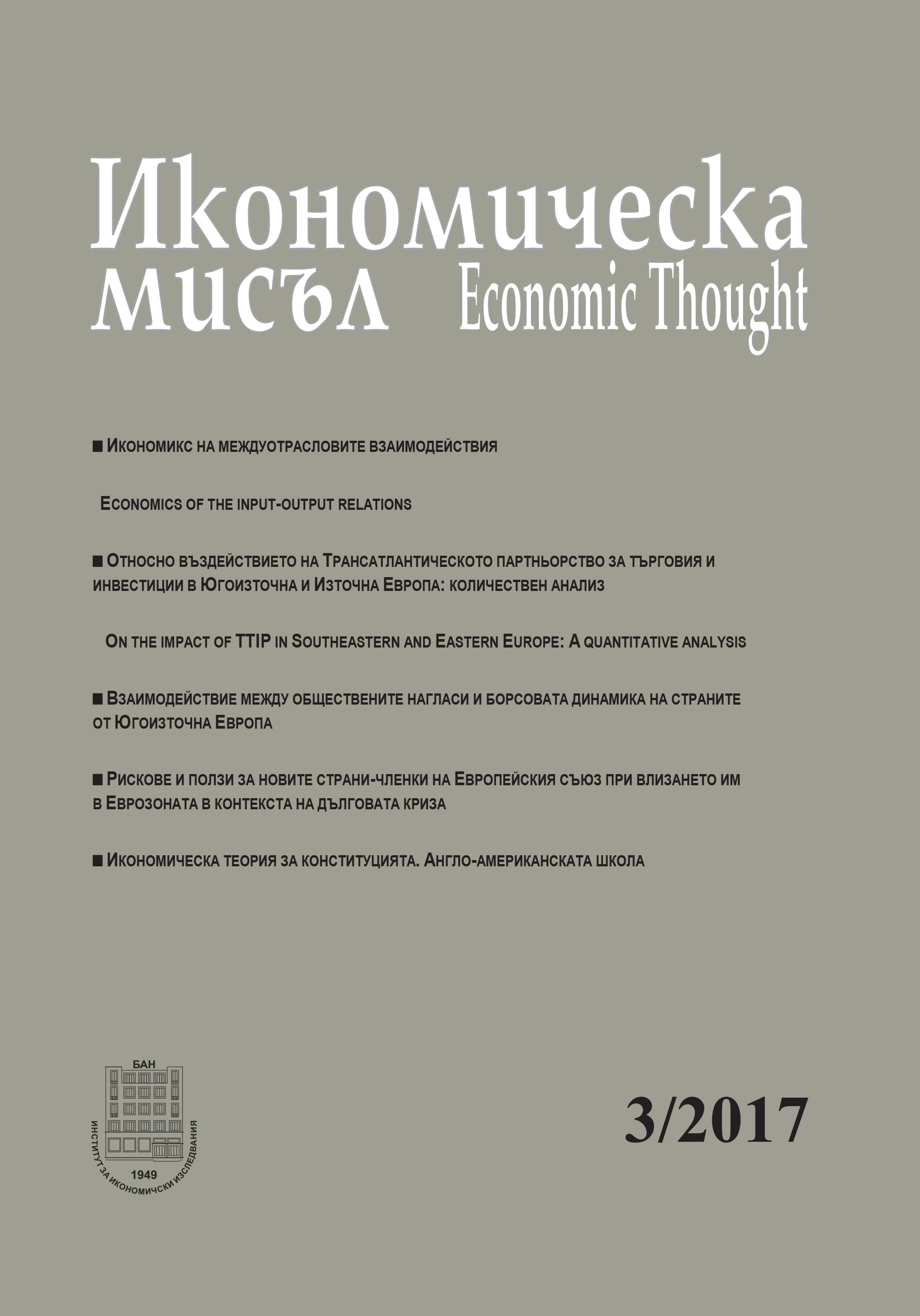 Summary/Abstract: The Granger causality test is used to establish the direction of influence among multiple indicators related to exports and imports of new member states (NMS) of the European Union, considering the impact of the debt crisis in the Euro area (EA). Basic macroeconomic indicators of the countries are reviewed for the period 2004-2015, including the fulfillment of the Maastricht convergence criteria. The conclusions of the study point to positives for the considered countries regarding the EA membership, as well as risks. Recommendations are made on the diversification of the NMS export markets, implementing of an economic growth policy, based on exports and foreign direct investment, and forming of a roadmap on the EA membership of the states, which are not in the monetary union.