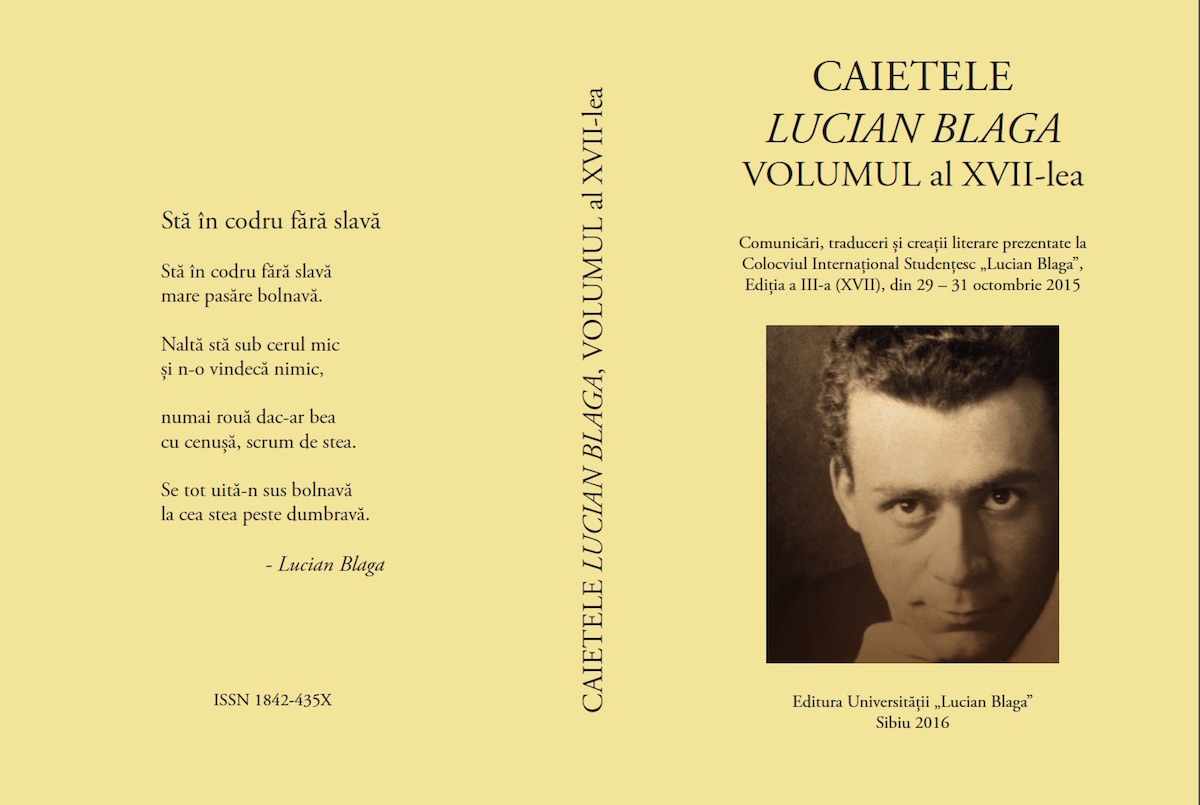 Summary/Abstract: This paper focuses on the analogies and the differences between two poems written by Lucian Blaga and Ioan Es. Pop. Starting from the theory that an image consists in two parts (a concrete and an abstract one), we can identify several spatial dualities, such as open – enclosed, sacred – mundane space etc. in both of the texts. However, the similarities regarding the content are doubled by some differences in style, generated by the association of expressionism and traditionalism in Lucian Blaga’s poem and expressionism and postmodernism in Ioan Es. Pop’s poem.