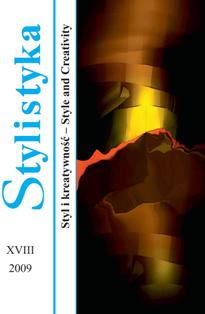 Summary/Abstract: This paper examines the American career of the Italian tenor Enrico Caruso (1873–1921). It is argued that Caruso’s experience at New York’s Metropolitan Opera House was of greater importance to the evolution of twentieth-century tenor singing than is generally recognized. This is so because of the demand for vocal histrionics over refinement among the city’s opera going public, which exerted a distinct influence on Caruso’s singing. As a result, the tenor’s willingness to indulge his audiences’ tastes contributed to a profound stylistic transformation from the polished Italian Bel Canto (literally, “beautiful singing”) School, to the more emotive Verismo (literally, “true to life”) singing style that predominates today. The writings of Caruso’s contemporary critics are examined along with his recordings for America’s Victor Recording Company, in order to document the transformation of his singing, and show how after refining his veristic mannerisms he changed critical standards and created a new form of operatic address. Hence were it not for Caruso’s American experience, the stylistic development of modern tenor singing would have unquestionably been much different, meaning that Enrico Caruso’s forging of the verismo style and his recorded legacy can be considered one of America’s primary contributions to the art of opera.