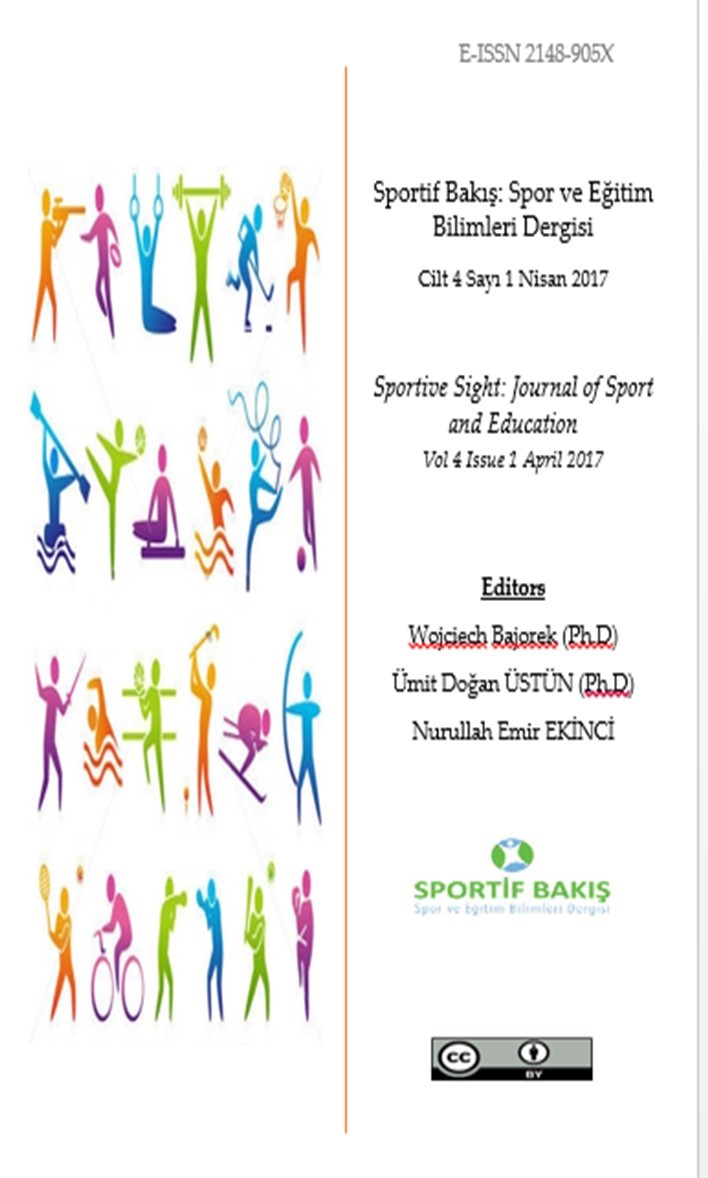 Summary/Abstract: In this study, it was aimed to investigate whether mental (psychological) well-being has an effect on the level of happiness of Kocaeli University Faculty of Sports Science students according to age, gender, department, class and perceived academic achievement. The research group constitutes 182 randomly chosen students in the 2015-2016 school year. In the study in order to evaluate mental well-being levels of the students "Warwick-Edinburgh Mental Well-Being Scale" which was developed by Tennant et al. (2007) and adapted to Turkish by Keldalı (2015) and in order to evaluate happiness levels of the students "Happiness Scale of Oxford" which was developed by Hills and Argyle (2002) and adapted to Turkish by Doğan and Sapmaz (2012) and in order to gather information on socio-demographic backgrounds of the students a personal information form developed by the researchers were used as data gathering tools. According to the findings of the research, there was a significant positive correlation between mental (psychological) well-being and happiness. As a result this study showed that mental well-being has a positive effect on happiness for Kocaeli University Faculty of Sports Science Students.