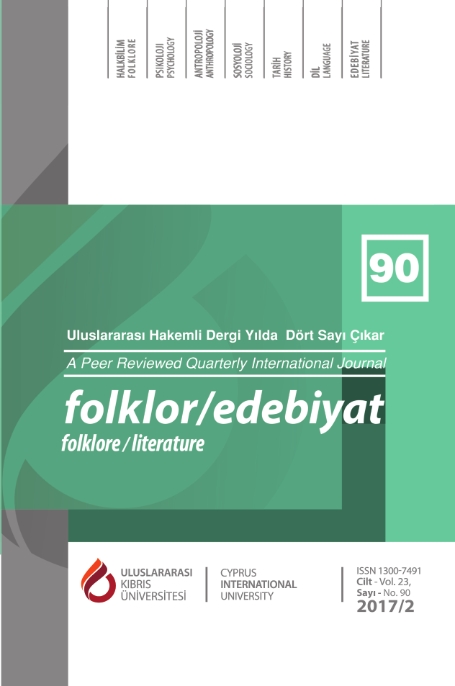 Summary/Abstract: Altough 19th century advanture of folklore had remained limited with determining origin quest of nations and textual expansions of folk narratives, a number of approaches emerging in 20th century seem to have opened doors of analyses to understanding the folk. Both to address the folk and its culture produced by it as a whole starting from components will help us to generate a solution to ontological problems of folklore discipline as well as pragmatical solutions to current problems in understanding the folk and interpreting it, and the potential transformations and stratifications will be able to be read more rightly in this theoretical perspective. This article will start off from hypothesis that methods and approaches of functional theory which have been used up to now in folklore will be able to be reversed in some cases. It is known that functional analyses in folklore were impressed rather by Malinowski’ and Bascom’s premises, but, both researchers’ presuppositions are toward that balance and harmony in operation of the system work unerringly. However, discussions on theory are not likely to finish without clearing up these questions: Is nature of folklore always “positive”? Does each function focus on surviving social system? On which side is the effect of tention-soothing folkloric elements in structural and institutional conflicts? Is folklore an effective element on advancing and stagnating the society beyond being a simple fun means? From these questions, we are going to bring up the presence of latent function and dysfunction in folklore studies for discussion below.