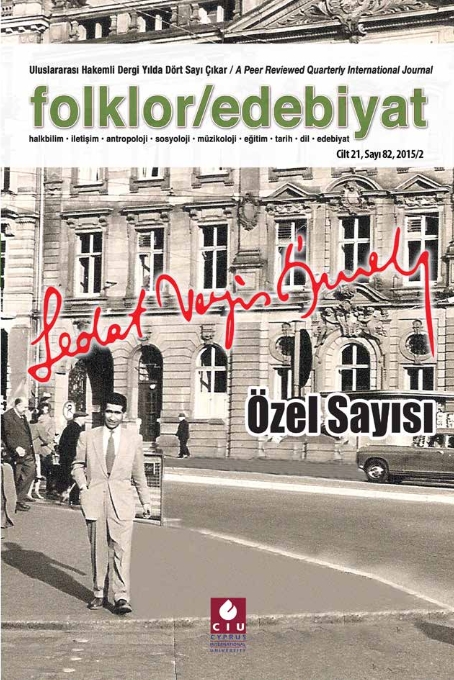 Summary/Abstract: Formalization of ethnology in Turkey has been historically as an investigation of “stable” groups in its own society. The reason of this formalization can be summarized as contribution to modernization process via investigating roots of conflicts which occurred in country brought by modernization process itself. Sedat Veyis Örnek was an ethnologist and in this process played an active role in his entire academic life. Moving from ethnology to folklore beginning from 1970s, his masterpiece in folklore discipline entitled as Türk Halkbilimi was published in 1977. He, who also established “Chair of Folklore” within the Faculty of Humanities in Ankara University, gave us keystones of his folklore understanding in aforementioned work. When the work analyzed, it is seen that Örnek approached folklore in a very “ethnological” way. This point of view is closely related with his background. It is possible to say that this viewpoint in a certain extent has contributed to the illusion of a dichotomy supposed between “folklore” and “folk literature” in Turkish folklore studies. On the other hand, putting forward objectivity in science influenced his understanding of examined people as an “object” and at this point caused to some suggestions which tended not only some conceptual but also ethical issues.