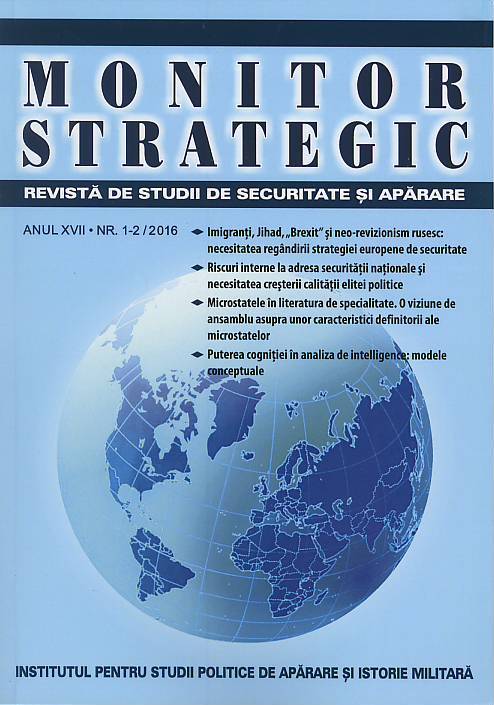 Summary/Abstract: This paper aims to analyze the consequences of the Russian-Georgian war of 2008 in the context of the cyber security and its impact world-wide in defining a new defense strategy for NATO. Although it may seem a regional conflagration at first sight, the cyber-attack of 2008 represents the first full-scale war between two nations. It has confirmed many of the ex-Soviet states suspicions, as Russia has a new way to impose its hegemony once more: through internet.