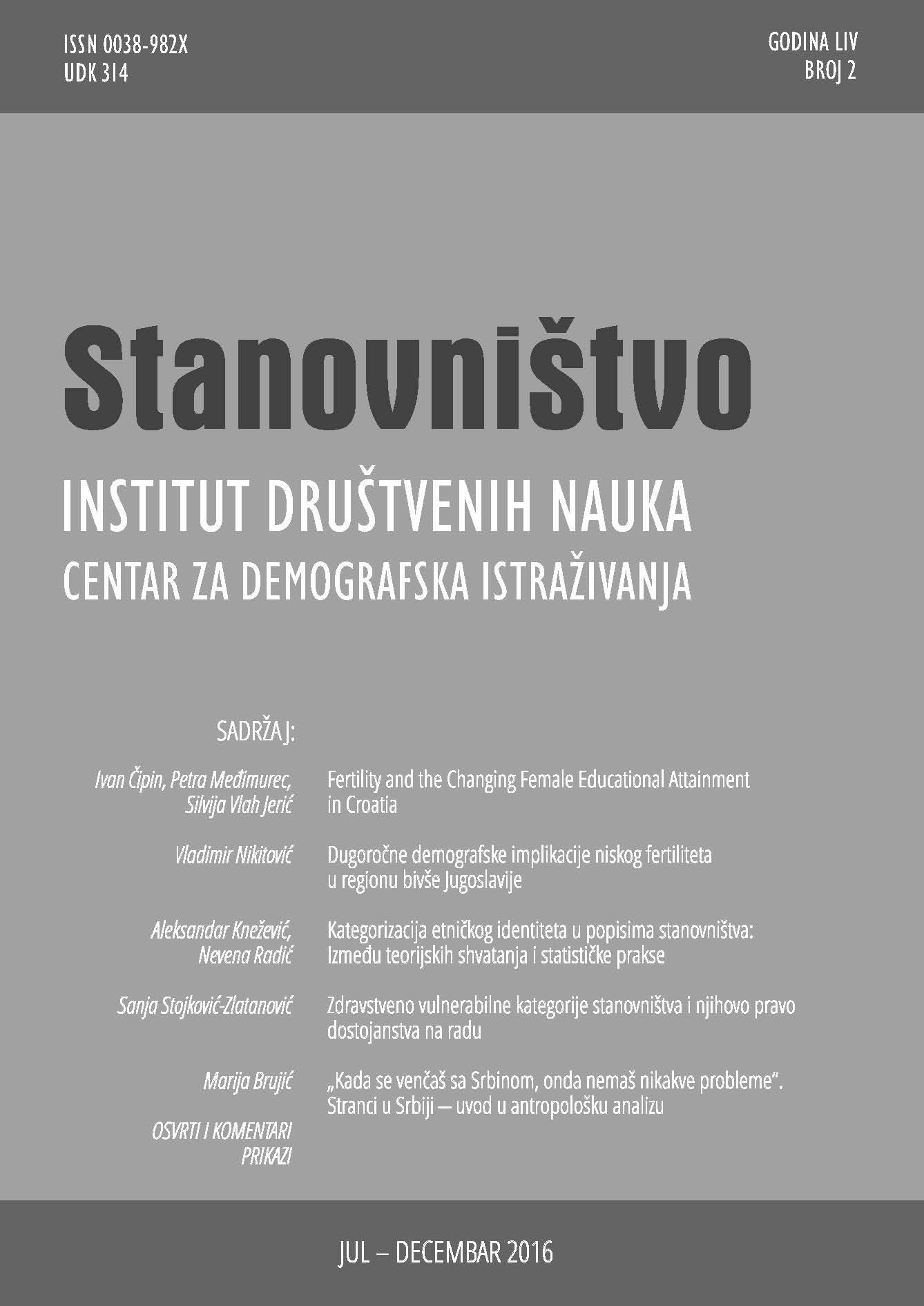 Summary/Abstract: Theoretical debates about ethnic identity during the second half of the 20th century did not just attract attention of academic circles, but they influenced creation of political discourse which determined public life in almost every multinational society, regardless the level of socio-economic development. In recent decades, many theories about ethnic identity have emerged, especially those about ethnicity as a relatively new concept, which caused a great deal of controversy that has been ongoing since the 1960s. Modern demography deals with problems of great social importance, especially when it comes to anthropological, social and political demography, whose results often take lead in the modern political debate. In that sense, a lot of theoretical approaches tried to emphasize the decline of importance of traditional elements of ethnic identity, even their disappearance in favor of supranational concepts, over the past more than half a century. However, in practice, the opposite processes are constantly repeating and the awareness of belonging to certain ethnic group, not only remained the important part of social life, but its significance rapidly grew in certain periods and societies. Ethnic and social pluralism of modern societies, together with massive migration flows, have initiated the review of sustainability, not only the traditional definitions of ethnic identity, but also the various supranational concepts which have mostly emerged from ethnic identification and legal nationality. The fear that ethno-cultural pluralism will have negative effects on ethno-demographic differentiation increased the need for quantitative researches of demographic characteristics of population towards ethnic marks, also for reviewing of methodological solutions of ethno-statistic evidence, starting from definitions, categorizations and statistic classification, as far as the ways of collecting and publishing the data. In that sense the censuses are considered as a base of ethno-demographic studies of French and Serbian population, in which different theoretical concepts of ethnic identity created two different approaches to ethno-statistic census process. In every Serbian census from the middle of the 19th century till today central topics were the questions about static ethno-cultural categories of religion and about mother tongue, while the question about ethnicity was asked in each and every census taken after Second World War. On the other hand, although it has the longest census tradition in Europe, the official ethno-statistic evidence of population in France has been for a long time determined by constant rejection of ethnic categorization and by the absence of questions about primary ethnic marks of population. Instead, the supranational concept of legal nationality has become the central spot while, as a feature of political integration of immigrants in a census, the question about state of birth starts to appear. The main dilemma regarding relations between prevailing theoretical concepts of ethnic identity and the official statistic practice based on Serbian and French models, still remains. Therefore, this paper shows two-way influence of ethno-statistic categorization and the real ethnic structure, and opens a discussion whether the ethnic identities have been defined by statistics or the ethnic identity is the one which defines the official statistics.