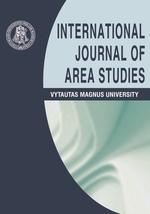 Summary/Abstract: This article is based on reassessment of the contemporary results of counterinsurgency and nation-building in Afghanistan. Nation-building initiatives have been started in the country since the Bonn agreement in December 2001. This agreement brought into reality the current governing system of Afghanistan. Counterinsurgency in Afghanistan has been initiated in full mode since 2009 after a sound success on Iraqi frontier. However, each operational area is bringing its own specifics into play. The same was with Afghanistan. The newly established constitutional presidential republic has faced with inheritance of unresolved sensitive ethnical identity issues, confrontation between different groups for self-governing authority and security of essential resources. These preconditions have brought a diversified and even confrontational social environment into reality. Prolonged military operations in Afghanistan could show that diversified social environment and misevaluated cultural heritage has led to misleading assumptions that centralized presidential governing system could become an effective ruling model for post-Taliban country. One of the key notions of this article is that historical lessons taught by long years of colonialist rule in Afghanistan has not been learned and misevaluation of diversified and confrontational local entities has brought another historical lesson of Afghan tribal resistance. More than that, diversified and confrontational entities of Afghanistan have not been a favorable subject for possible social contract. The term social contract was introduced as explanatory method of national political behavior and systemic structure by Jean Jacques Rousseau in 18th century Europe. Afghan society has become the subject to this model of political philosophy only as counterinsurgency campaign gained full capabilities around 2009. Reassessment of long term nation building efforts in this article is based on evaluation of Afghan social contract’s progress.