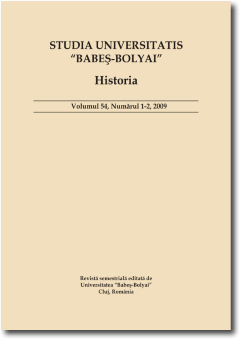 Summary/Abstract: Established since the earliest of times, originating in the written document itself wills have always been legal documents regulating patrimonial rights and intergenerational relations due to the possibility of transmission of goods and material and spiritual values. A will sanctions socially and culturally regulated rights and obligations which have been recognized as social norms ensuring civilized functioning. Psychologically it is also a very complex document which reflects the profoundly human nature of the sense of intimacy in relations between ancestors and descendants. In the opinion of Serge Briffaud “the existence of a will is based both on ambiguity and balance”. The first is the result of putting side by side within the same text seemingly irreconcilable prescriptions of temporal and spiritual nature. The second, namely the balance, was provided by a certain solidarity between the two parties, an agreement that needed to be analogically added to the relation when the document was drawn up. Thus, through the testament, the dying person finds the chance to satisfy a double aspiration: salvation of his/her soul and to preserve his/her possessions on this earth. The article hereby intends to detect the medieval nobleman of Transylvania in exactly this state, as a testator having two concerns: care for his own soul, on the one hand drives him to make pious donations, while responsibility for his beloved, on the other hand, drives him to donations offered to his relatives and other people. From among the dispositions of the wills aiming to ensure redemption only those referring to pilgrimages shall be presented. Also the other means by which noblemen cared for their soul and the soul of their beloved and also for the possessions gathered in their lifetime, measures considered to be complementary to the wills will be examined.