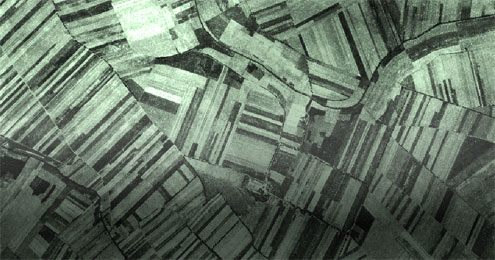 Summary/Abstract: After its resurgence from the Moscow exile in 1945, the Communist Party of Czechoslovakia (CPS) adopted the image of a party representing not only the labourers but the whole working class. The CPS worked towards gaining the support of Czechoslovak farmers with promises of new land reform, law guaranteed collectivization of land up to 50 hectares and more legislative measures to make their lives easier. However, the most significant was the promise of no kolkhozes – no equivalent of soviet agriculture. This strategy corresponded with the CPS's 1945 – 1948 policy of "a unique way towards communism".Nevertheless, after it's rise to power in February 1948, the CPS changed its policies dramatically. Documents from Moscow archives prove that the Soviets demanded the application of the soviet experience in Czechoslovakia as well. The CPS's leadership gave way to soviet pressure and began establishing agricultural cooperatives which were to become Czechoslovak equivalents of kolkhozes. Since the adoption of the agricultural cooperatives law from 1949 until 1953, collectivization was enforced with arbitrary violence and brutal methods, which led to a decline of Czechoslovak agriculture and a subsequent insufficiency of vital foods on the market.The situation changed after deaths of Stalin and Gottwald: the new leadership in the Kremlin demanded that their satellite states alleviate the collectivization pressure. In 1953 agricultural cooperatives began to fall apart spontaneously and the communist regime had to accept it. In an effort to improve the catastrophic food supply, the regime had to ease the repression of private farmers and even set up favourable conditions for their individual enterprises. The CPS however never gave up on the idea of the completion of collectivization and began its second phase in 1957. Most brutal methods were to be avoided and more effective economic pressure was brought to bear. The collectivization of agriculture in Czechoslovakia was finished in 1960 and the republic was declared to be a socialist state. This success however took enormous expenditures which had to be invested in non-functional unified agriculture. Only in late sixties did agricultural cooperatives begin to prosper and became the backbone of the regime.