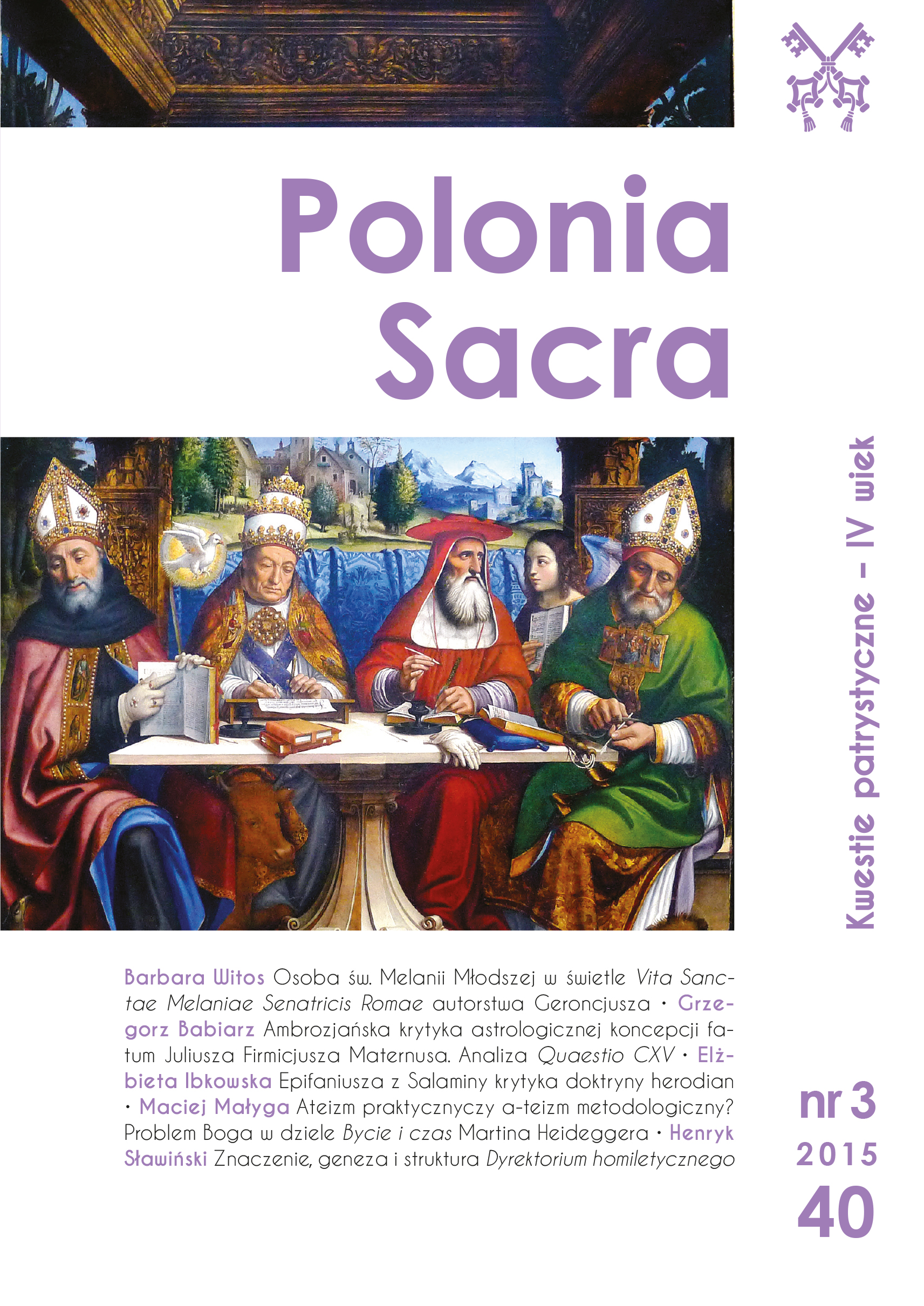 Summary/Abstract: The polemic of Ambrosiaster against Julius Firmicus Maternus has been presented in five points. The first point is introduction. The second point describes fate in terms of an act of disbelief because it depreciates the Creator and contributes to portraying him as unjust and tyrannical. The third point presents a method of Astrology used to build a false worship: by rejecting the concept of miracle and prayer. Another point concerns the effects of rationality disorder induced by the logic of fate. The last point shows the destruction of the structure of a person trapped in irrationality. Ambrosiaster proves that he knows the work of Firmicus perfectly. He treats it as a serious threat to Christianity. In addition, Quaestio CXV is a testament to a growing disparity between cultural demonology and the one presented in the revealed teaching. The teaching of this author constitutes a part of a wide socio-religious context of the 4th century. It also opens up the field for discussion about the internal condition of Christianity of the tolerance period and its impact on the development of religious and social behaviours.