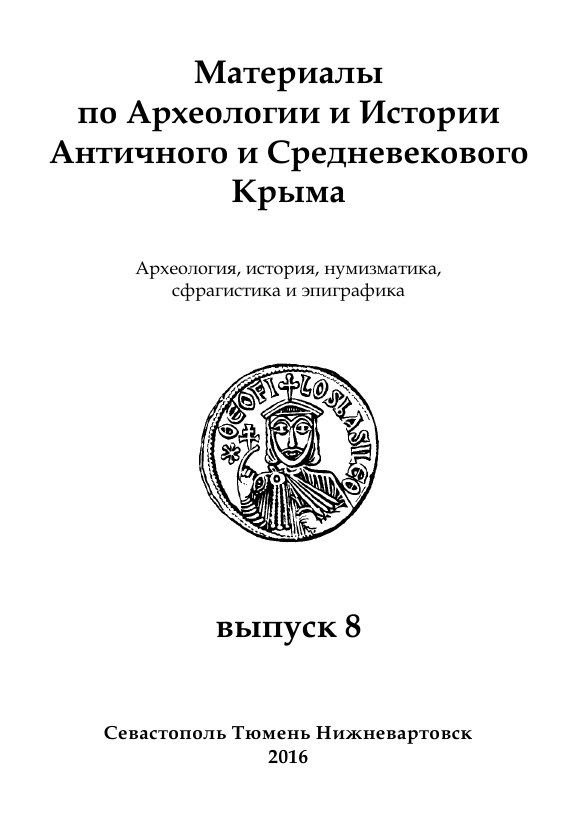 Summary/Abstract: For more than a century of research of late Byzantine glazed pottery of Crimea a considerable amount of information has been accumulated. These data deserves a comprehensive analysis, which is proposed in the historiographical review. There are three stages in the history of the study. The works of the first one (late XIX — first quarter of XX centuries), which based on materials from the museum collections and random finds, were mostly descriptive and related to the history of art. The second stage (second quarter — 70-s of the XX century) is characterized by increase of excavations of the medieval monuments and intensive accumulation of new archaeological data, which stimulated the beginning of their deeper comprehension. However, due to various reasons, the elaboration of a detailed chronology and typology of findings of the late XIII—XV centuries had not been done. At the third stage, covering the last two decades of the XX — beginning of the XX centuries, the quantity and quality of publications concerning the ceramics of the XIII—XV centuries from Crimea are significantly increasing. The materials from excavation of some pottery workshops, as well as other objects with narrow dates in the interval from the last third of the XIII to the third quarter of the XV century were introduced into scientific publications. New methodological approaches for working with ceramics finding have been proposed too. These achievements made it possible to reach appreciable progress in the various directions of ceramological researches (typology, precise dating, archaeometric study etc.), and also prepared the basis for future general monographic works, the urgency of which is now evident.