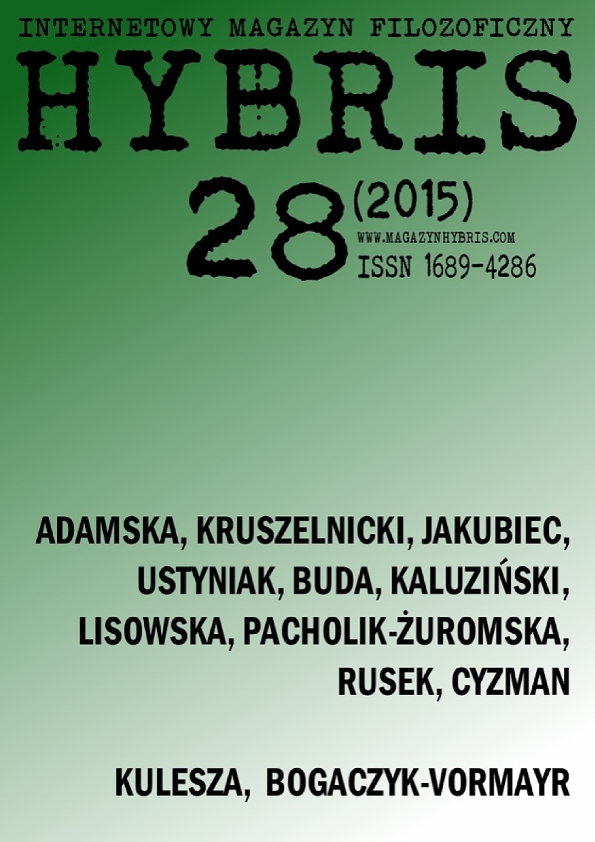 Summary/Abstract: In the present paper two issues are enunciated. The first part consists brief analysis of Soloviov’ s metaphysics. In the second one, main aspects of Russian philosopher’s legal theory and the relation between his metaphysical and legal conceptions are presented. The aim is to indicate originality of Soloviov’ s thought, especially in the context of the paradigm which ruled in Russia in 19th century.