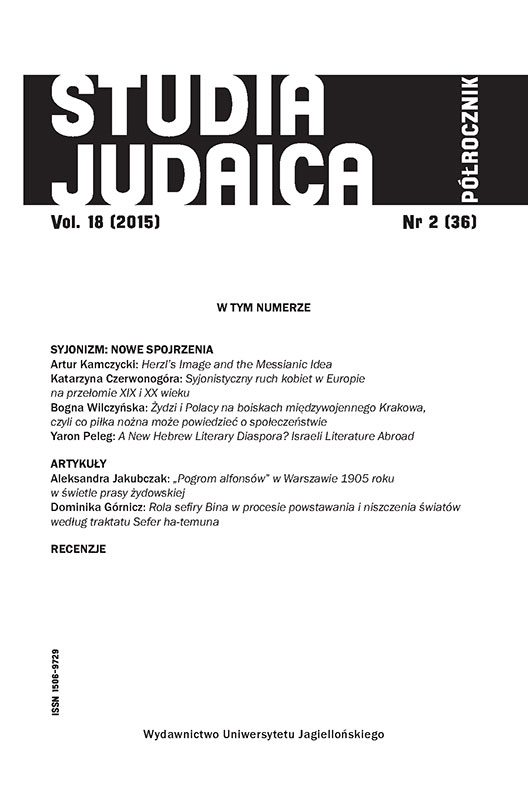 Summary/Abstract: Although the modern stage in the development of Hebrew began in Europe about two hundred years ago, after 1948 the language and its literature became confined for the most part to the state of Israel. The tumultuous course of Jewish history in the past two centuries has by and large emptied the Jewish Diaspora of Hebrew. And yet in the past few decades we are witnessing a growing number of Hebrew writers who are no longer confined by geography. Although they still publish their works in Israel, they write them elsewhere, mainly in the United States and Europe. Increasingly, too, their works reflect their habitat as well as the peoples and cultures of their countries of residence. Are we witnessing the birth of what can perhaps be termed a “post-national Hebrew” era, an era in which Israel remains an inspiring cultural center, but no longer the only location for the creation of original works in Hebrew? This article looks at various Hebrew novels that were written outside of Israel in the last few decades and examines the contours of what may perhaps be a new chapter in the history of modern Hebrew.