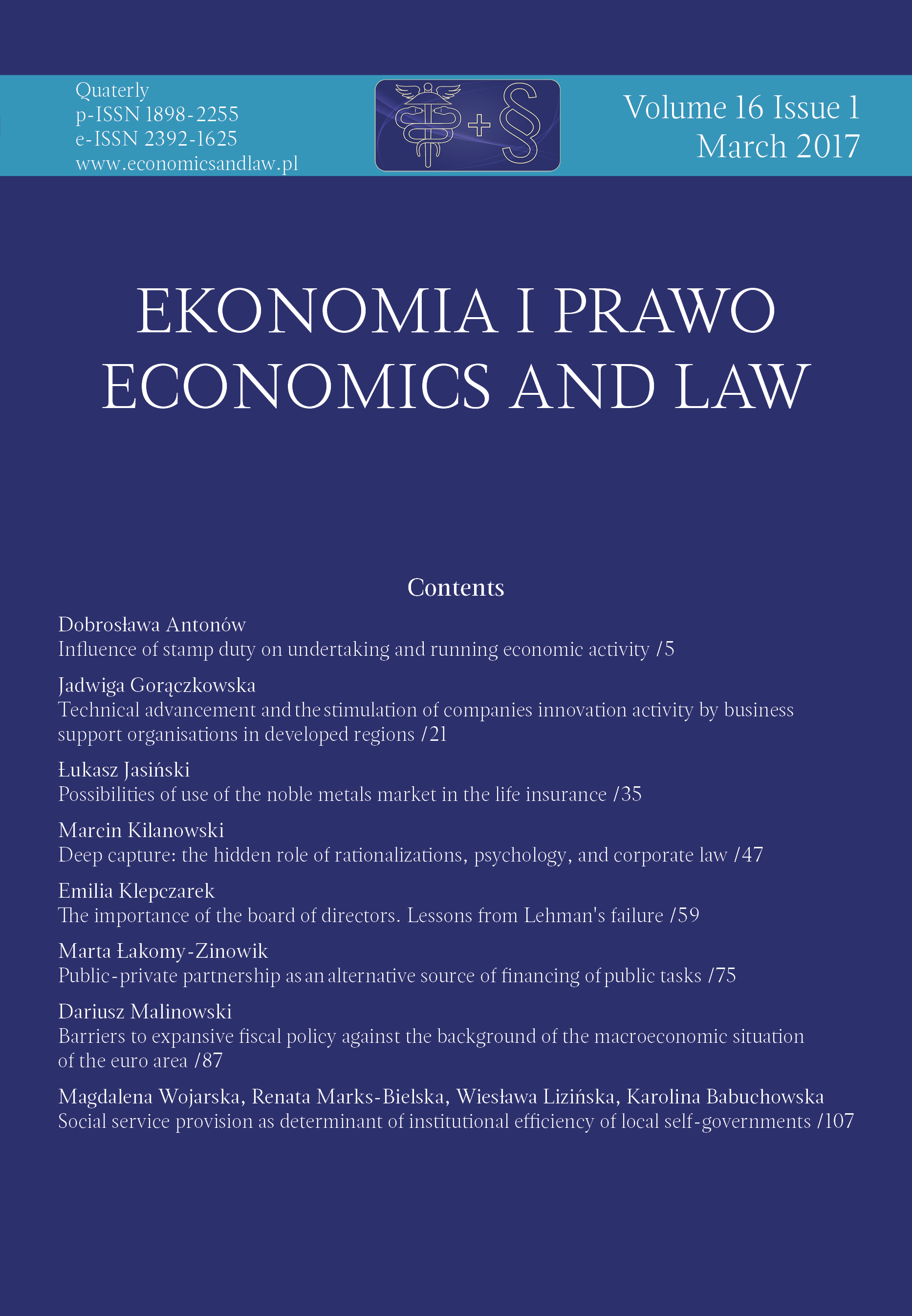 Summary/Abstract: Motivation: The current legal regulations in United States of America and corporate governance stands in the name of such values as freedom and profit. Unfortunately, as presented in the article it is only freedom and profit for corporations.Aim: The primary purpose of the article is to present what role is played by rationalizations and dispositions in the process of law formation and interpretations on the basis of examples from the corporate law of United States of America. Such rationalizations and our particular dispositions allow corporations to function without much control.Results: The starting point of the article concerns the environmental disaster that happened at the Deepwater Horizon platform in the Gulf of Mexico in 2010, and was caused by the actions of British Petroleum, a company basing its code of conduct on values such as freedom and profit. Such values understood in one particular way, which help to profit the corporations such as British Petroleum, are the basis for rationalizations and dispositions supporting particular corporate decisions. What is more corporate law legitimizes and supports such rationalizations and strengthens mentioned dispositions by fallowing and reproducing them in court decisions.