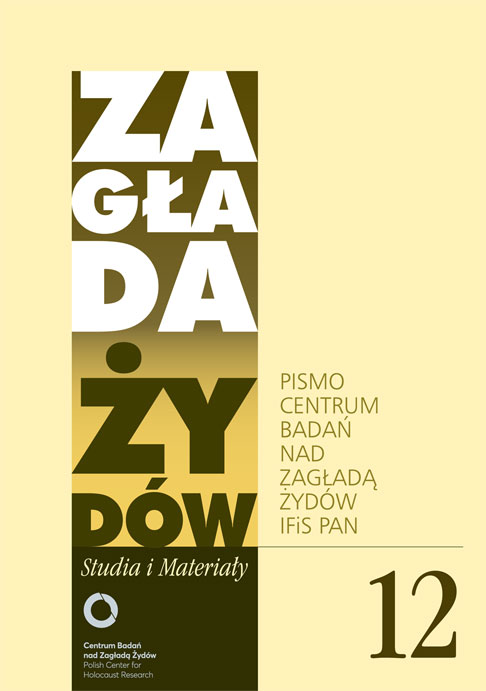 Summary/Abstract: Drawing on the example of the deportations of the Jews of Prużany to Auschwitz in January 1943, the article examines the efforts on part of the Bielefeld district court to establish that the organization of the transport of Jews from Bezirk Bialystok was a decentralized undertaking for which German local and regional occupation authorities were responsible. The regional departments of the German national railway system (Deutsche Reichsbahn) were in charge of the administrative coordination of the Sonderzüge. The article analyzes the examinations of two former employees of the special train unit of department 33 of the Reichsverkehrsdirektion Minsk under German occupation. During the so-called Białystok Trial (1966-1967) the Bielefeld jury court examined former Reichsbahn officials Hermann Kayser and Hans Wieck as witnesses. Having received an order by the KdS in Białystok they drew up the timetable and railway telegrams for the deportations of Jews from the train station of Oranczyce to Auschwitz. They were not brought to justice for their participation in the Holocaust.