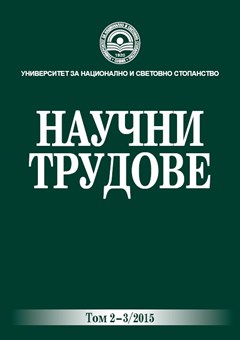 Summary/Abstract: This paper attempts to focus on both, the theoretical and the practical aspects of the „social capital“ phenomenon as a form of capital. „Capital“ is perhaps a central concept in economics and economic sociology acting as an explanatory principle and thus the most value-charged one. Its interpretation has given rise to the development of conflicting political ideologies. The aim is to examine social capital precisely as a form of capital, i.e. as a socio-economic phenomenon whose function is to bring benefits (profits) to its holder (carrier). The exponential growth of literature devoted to the interpretation of this phenomenon makes it increasingly difficult to identify new aspects in this research field. However, we will offer an unconventional interpretation of its differentia specifica moving away from the established „myth“, yet weaving, or „transmitting“ it in our understanding of social capital as a „private good“, a product of sociality. Insofar as the main function of myths in contemporary social space is considered to be to provide meaning to social activities and accordingly to certain political decisions, we will attempt to differentiate the mythical in the established approaches to social capita of „rulers-thinkers“ (A. Glucksmann) and to reveal the pre-given meaning through it. Wе will present a theoretical reflection and an applied anamnesis of the function of the phenomenon in modern national space. To this end, firstly, we will discuss the link „knowledge-power“ (M. Foucault), and secondly, the subordination of social knowledge to structures of authority and the creation of myths in social sciences. We will also present to the extent possible the already existing myth and its restrictions in order to explicate our understanding of social capital as personal property enabling its holders to receive benefits. The verification of our understanding of social capital in the real and virtual „national“ field will be demonstrated as a result of our theory quest.