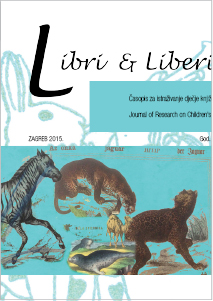 Summary/Abstract: The paper is an identity-based analysis of Lewis Carroll’s Alice’s Adventures in Wonderland (1865) and two film adaptations, Walt Disney’s Alice in Wonderland (1951) and Tim Burton’s Alice in Wonderland (2010). Alice’s identity crisis identified in each of the Alice works was observed in view of Erik H. Erikson’s and James Marcia’s identity theories in order to reach conclusions pertaining to the nature of childhood and growing up in the Victorian era, in the mid-twentieth century, and at the beginning of the 21st century. As the three different Alice characters originated in different historical periods, their identity issues conditioned by their culture, society and circumstances reveal three different processes of identity formation. Due to the fact that while creating their adaptations both Walt Disney and Tim Burton relied on the expectations of their audiences more than the spirit of the literary original, much like Carroll’s work these adaptations serve as a good reference in reflecting the historical and cultural changes of children’s position in society.