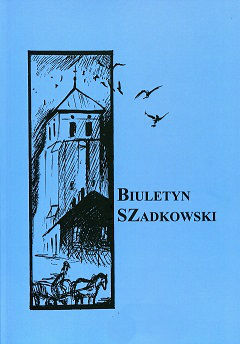 Summary/Abstract: First churchyards were founded around 5th–6th century AD near the temples where in crypts were the remains of saints. Over time, these cemeteries were built near every church. Burials at the churchyards were abandoned in the 18th century because of numerous epidemics that had sources at these cemeteries. People started to bury their dead at cemeteries outside the cities. The churchyard at the Church of Assumption of the Blessed Virgin Mary and Saint James the Apostle in Szadek was founded in the Middle Ages and continued to be used during the next centuries. It seems that the cemetery was used until the second half of the 19th century and even at the beginning of the 20th century. Currently, beside the church are seven tombstones and gravestones, which are the remains of the old churchyard. The preserved tombstones and gravestones belonged to: Józef Formański and Helena Formańska, Wiktoria Rolińska, Józefa Maliszewska, Józef Kozieł, Marceli and Cecylia Kozłowski, Teodora Skupińska oraz Jan Kiełkiewicz. These people lived in Szadek and the surrounding villages and were buried at the end of the 19th – beginning of 20th century.