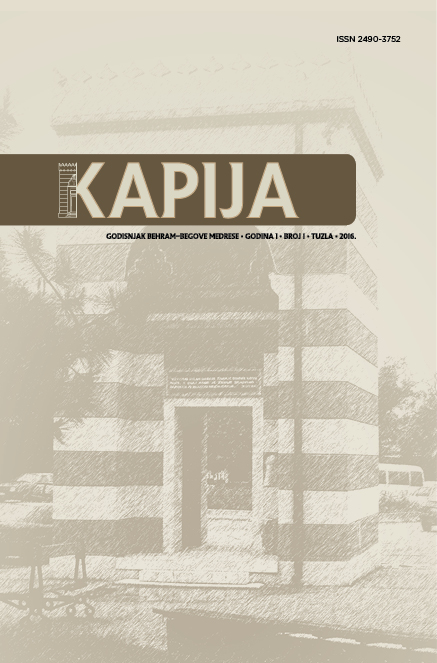 Summary/Abstract: Muslim woman, education, Islamic sources, the Muslim practice, European trends, reformist thought, ulama (Islamic authorities), female students, madrasa, Islamic community, university.This work elaborates the question of the relationship of the Bosniak people towards the education of their female population, in the period of the arrival of Austria-Hungary in the areas of Bosnia and Herzegovina to this day. It observes the issue of Islamic attitude towards the education of women, as well as the practice of Muslims by the same issue. The work focuses on the division of Bosniaks to those who are against the education of Muslim women in European educational institutions, to those who fully and without any restrictions support their entry into new educational trends, and to those who are neutral and who hold the neutral stand. The attitude of the Communist government towards the education of Muslim female youth is also described in this work. The number of Muslim women who have completed high school or obtained a university degree will be much smaller than the number of men of the same age, which will be documented through researches outlined in this work. It is noted in the work that the interpretation of Islam and Islamic principles by the reformist Islamic authorities (ulama) in Bosnia and Herzegovina had the important role in changing the Bosniaks’ attitude towards this issue, with all other circumstances.