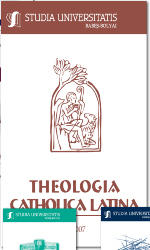 Summary/Abstract: The volume is edited by the Hellenistic Moral Philosophy and Early Christianity section of the Society of Biblical Literature. The editors regard it as a companion to the translation of Philodemus’ On Frank Criticism (1998), and as part of the conversation between biblical scholars and classicists, pursued by this group. The volume is organised in three sections: Philodemus’ ethical, theological, rhetorical, aesthetic and historical works, his thought within the context of the Greco-Roman world, and Philodemus and the New Testament world.