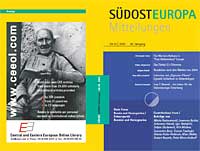 Summary/Abstract: Looking at the criteria that characterize other post conflict settlements, the prospects for a genuine transition in Bosnia and Herzegovina (BiH) look rather grim. Yet, whatever its defects, the Dayton Agreement has generated an environment within which stabilization could take place. The deficiencies of “Dayton” were compensated for by a number of factors that allowed the situation to mature, like, for example, the significant financial investment that came from outside, the prospect of EU membership, and the maintaining of a support infrastructure for a prolonged period. Radical measures, like the threat of international disengagement, would risk instability and jeopardize much of what has been achieved so far. On the other hand, the authorities of BiH need to embrace their responsibilities more actively.