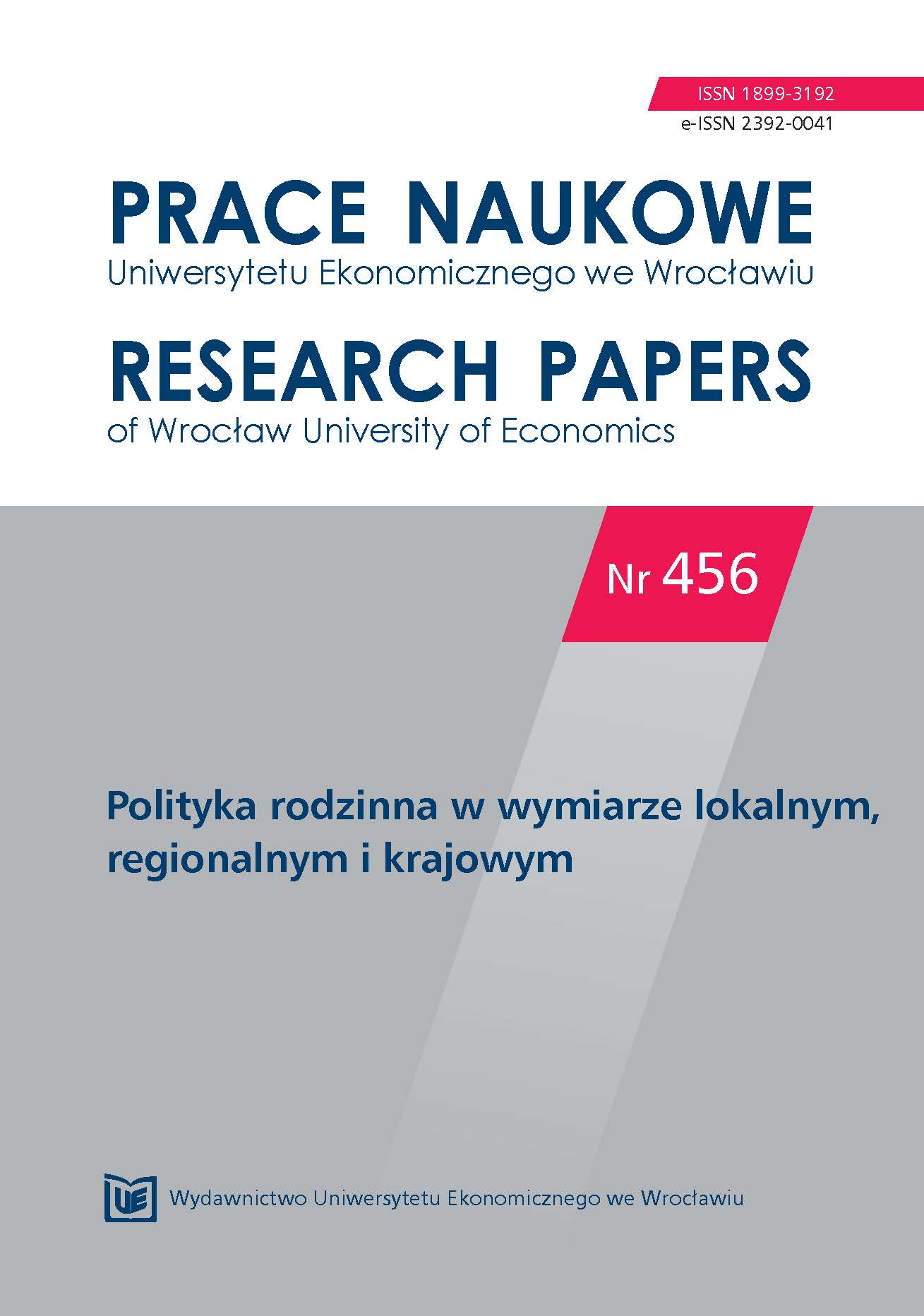 Summary/Abstract: The aim of this study is to analyze the informal networks of support perceived by the beneficiaries of their different forms and their role in the system of support for families in local communities. Two decades of transformation processes have not reduced the scale of social problems faced by modern families. Families in a diverse society faced problems arising from the scarcity of social services to support their operation and development. An important role in the process of overcoming these negative phenomena is attributed to support networks, supplied to individuals in the local community by informal groups and social organizations. Thus an interesting problem seems to be the answer to the question how informal networks are changing themselves and their families in need and what the position of those networks in the local model of social policy, and especially the family is. It seems important to emphasize that the consequence of social changes taking place in communities is postmodern-decreasing demand for support in the implementation of family roles, independent of social status.Preliminary analysis of the data provided by the Ministry of Family, Labour and Social Policy shows that up to 68% of municipalities had in the second half of 2014, more available spaces in nurseries than children attending. The aim of the study was to answer the question about the reason for the apparent excess of places over the number of children in the majority of municipalities which have nurseries. The main, not mutually exclusive hypotheses, which were verified are: H1 that there is a presence of local surpluses of places in public nurseries due to low demand; H2 of a structural maladjustment, a deficiency of public nursery places, and a surplus of private nursery places; H3 of errors in the available data. Triangulation of research methods was used in the study. A quantative analysis of data obtained from the Central Statistical Office and the MFLSP was performed. Furthermore, 83 qualitative interviews with municipality officals were conducted.