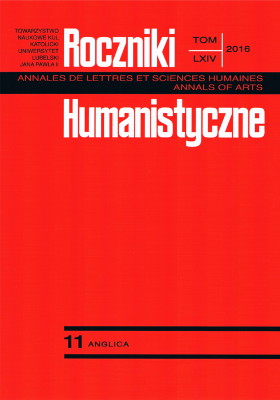 Summary/Abstract: The following paper aims to investigate whether, and if so to what extent, native speaker teachers resort to phonetic accommodation in the use of diphthongs in the classroom setting. In the course of analysis, seven native speaker teachers, each representing a different variety of British English, were recorded in two distinct contexts: classroom and natural. The recordings were used in acoustic analysis in order to gauge potential differences in F1 and F2 in each context. It was concluded that phonetic accommodation does occur in the classroom setting and the modifications of either individual segments or the whole glides can be observed, irrespective of the native accent of the user. It was found, however, that the speakers representing northern varieties of English accommodate more than those speaking with other accents. Another important observation resulting from the analysis was that some diphthongs are likely to undergo phonetic accommodation more than others. On the one end of the cline we observe the diphthong price, whereas the other end is occupied by the glides goat and cure. It is still unclear, however, whether the modifications occur consciously, thus representing a rather developed declarative knowledge of the users, or subconsciously, which would suggest an inner need to attempt to pronounce diphthongs in a standardized way.