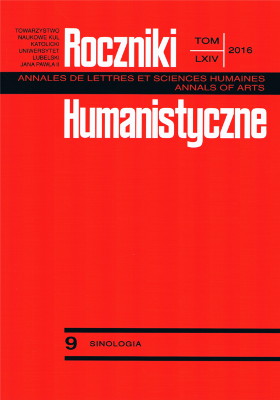 Summary/Abstract: The following paper presents Confucius’ view on self-cultivation. The paper also contains analysis of two concepts: de – virtue and xiao – filial piety. The author argues that those two concepts are basis for moral development as described in Analects. De is inborn, given by tian (heaven) whilst xiao, obedience towards parents and relatives, is aquired by proper education. Furher, the paper outlines three stages of self-cultivation which, in Analects, is learing how to behave morally and according to norms li . First stage of cultivation means that one follows li without any alteration, second stage – one can apply them knownig that some changes can be made. The third stage – junzi stage means that norms li no longer limit a moral person. Junzi follows them because it is his ren nature.