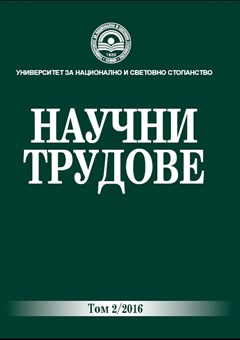 Summary/Abstract: International trade is one of the fastest developing sectors of the world economy, with total merchandise trade growing from $7.1 trillion in 1990 to $30.8 trillion in 2010. For the same period, the number of people living in extreme poverty (with under $1.25/day)worldwide has declined with nearly 800 million. This simultaneous growth of trade volumes and reduction of extreme poverty at macro level is the starting point of the analysis. Since a classical (mono-dimensional) ‘cause-effect’ relationship between trade and poverty cannot be identified, international trade’s impact on poverty has been examined through the static and dynamic effects of trade. The analysis features a broad empirical research, covering the regions with the highest concentration of extreme poverty – Africa,Asia and Latin America. The paper’s main thesis is that the long-term positive impact on poverty depends largely on the dynamic effects of trade.